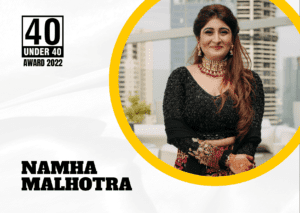 How to plan the perfect wedding?

Partners in life and crime Namha Malhotra and Edul Mahudavala had always been fascinated by the extravagance of Indian weddings. The accumulation of friends and family, the colourful dresses and rituals, and the joyous union of two people and families all at once. Both of them knew that they wanted to be associated with the creation of such events through their work, and after a couple of decades of experience in the event management and planning industry between the two of them, they decided that it was time to shift into an independent venture.

Namha had spent 12 years as a consultant, while Edul had planned and managed live events for 20 years, when they launched their company Castles & Coasters in 2017. Their work in the corporate world had left them unfulfilled and they craved the personal association that characterised weddings. They wanted to be part of the memories created in them that go on to influence a lifetime.

And by the looks of it, they certainly succeeded.

The ABCDs of a Wedding

The name Castles & Coasters, despite having different interpretations for different people, is symptomatic of the service offered by the company. The Castles part of it represents the grandiosity that Indian weddings are known for, whereas the Coasters represent the intricacies that go into making all that possible. The involvement of the planners begins with setting up the timeline, starting from the first event to the last, setting up the budget sheet, and tying everything together through RSVP, hospitality, hampers and even menus, when necessary.

The Indian wedding is not one, but a series of events, and research into the cultural aspect of each event is imperative as it helps the planners gauge the needs and meanings associated with the act for each family. With each client there is usually a different set of expectations that surround the events, which Namha and Edul learn patiently from the elders of the family. The interpretations of rituals, for different religions and cultures, helps them customise the events accordingly, giving each one a personal touch.

The Castles & Coasters team has of course worked with a variety of people, and even when they share a religious or cultural background, often differ in their approach to the events. But they take such variety in stride, and enjoy engaging with these differences as much as possible.

The COVID period proved to a be a rough time for the wedding planners, not least because their own reception was scheduled for 2020. A barrage of postponements hit the company, and the rocky economic situation became cause for concern. However, the paranoia and fear about the illness, also created a strange shared consciousness. This helped Namha and Edul tide over the difficulties themselves, while also being there for their clients.

During our interview Namha reminisced about a crestfallen bride who was devastated by the repeated postponements of her marriage and began questioning and blaming her own fate. Attempting to allay her fears, the two of them came up with the ABCD approach to event planning. A stood for assuming not to assume, and letting events unfold at their own pace without the tension imposed by conjecture. B stood for breathing through the crisis, knowing that everyone was facing the same uncertainty. This is what they told their depressed client, assuring her that come hell or high water, the marriage would take place only when it was fated to. But for themselves, the planners kept C and D, which stood for categorise and don’t ask questions respectively. They knew that decisions being made during such a situation were often based on desperation, and they wanted to allow their clients the space and respect that they deserved.

It is undoubtedly this considered approach that has made Castles & Coasters the most sought after wedding planners among Indians the world over.

Namha has two favourite parts of the wedding events she plans. The first is the moment when the bride and the groom first meet in a ceremonial way. It is characterised by a high energy, and the expressions on the faces of the two people are often indicative of the future they will have. The other is the end of the wedding, when she and Edul keep aside some time to engage with the clients’ families and seek genuine feedback of the work they have provided.

Both of these instances underline the great personal involvement the duo form with their clients. Indeed, they become friends of the family, grieving losses and celebrating achievements alongside them. So much so, that separating the professional and the personal becomes difficult sometimes.

To help maintain their own emotional sanctity, and allow the team some well deserved breaks, they take a limited number of events in a year, capping off at about 15 weddings. They also keep the off season as a lull period to allow the team to relax.

Castles & Coasters is a chill workplace in general, as the only requirement for the employees is the accomplishment of their designated task. Once that is done, they are free to take their leave.

On the client side, their impact can be felt in the demand their service has from so many different kinds of people. The weddings, budgeted at an average of 1 to 3 crore rupees, are commissioned by people of all religions and backgrounds, from all over the world. The couple have planned weddings for Muslims, Hindus, Marwaris, Gujaratis, Tamilians, and Bengalis, held all over the world, from London and New York, to Chennai, Delhi, Bangalore, and their home city of Mumbai.

Over time, Namha and Edul want to help legitimise the different professions who make weddings possible, and train them through NGOs and schools, allowing them to command better wages and recognition. But most importantly, they want to craft memories for their clients that would be cherished for years to come.