Meet Deepak Kumar Singh, The Mediatronics’ Man Who Is Redefining The power of PR in Politics. 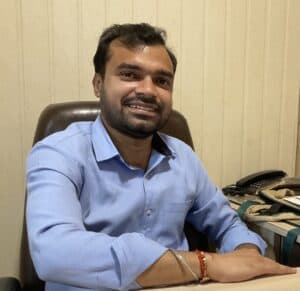 Deepak Kumar Singh – Although Political PR is not a new field, but it is only in the last few years that it has received the prominence it deserves and has been moved to the core group.

Surely, it is an exciting time to be in political PR in India, as there has never been a time when so many common citizens have actively participated in the political conversation and stated their opinions rather than just being passive spectators. But what does it mean? Does it indicate greater opportunities or a bigger crisis?

Deepak Kumar Singh, a Political Consultant, and Co-Founder at Mediatronics PR Pvt. Limited summons the question interestingly. He says, “There is always more to politics than what we see with open eyes, considering how it affects daily life of people and communities, as well as the state of the country. This is especially true in today’s world, as politicians are constantly criticised for anything they do, which demands damage control measures to be put in first place while keeping concerns of society at the same time.”

While previously being associated with the Congress and BJP for their political PR campaigns in states like Delhi, Haryana, Jharkhand and Bihar, Deepak has had crafted his passion for political PR from his teenage days. Almost a decade ago, when Anna’s Movement gained international attention, Deepak led a protest rally on behalf of his school to support Anna in his mission, and since then he remained active in political domain.

His next venture with the Aam Aadmi Party for the upcoming Uttarakhand elections, on the other hand, is completely different. As the AAP makes its political debut in the state in the 2022 elections, Deepak is overwhelmed by the new opportunities and a slew of other challenges that come with it. When asked about his PR strategy for the party, he remained tight-lipped and instead chose to quote some clever words.

He says, “We use PR tactics if a party or individual falls in a crisis. And it is no surprise that in today’s politics, every day is a crisis.”

Read More: Richank Tiwary, founder of Mediatronics PR Pvt. Ltd on a mission to amplify the PR reach for his clients

He continues further and says, “Political PR aims work on 360 preparation right from survey, campaign design & strategy, perception building to crisis communication etc. Pre-event preparation, briefing the candidate, doing background checks, and anticipating questions takes a lot of time and effort in political PR. Once the candidate goes on record about a particular issue, it is difficult to pull it back. In the age of digital media, a comment once made stays forever and sometimes gets meme-d.”

In 2019, Deepak co-founded Mediatronics PR Pvt. Limited with his longtime friend Richank Tiwari, with a firm a belief to support more start-ups in the PR domain and help them achieving comprehensive media presence through a 360-degree approach.

Till date, on behalf of his company, Mediatronics, he has served premium corporate clients like Dubai based Danube Group, Raft Motors, IC3 Institute and many more but his desire for political adventure and incorporating PR tactics grew stronger and stronger, and now, with his innovative PR ideas and skills, he is sure to cement AAP position it deserves in Uttrakhand.

Adding further, “In politics, PR isn’t simply about representing a brand or a well-known candidate, sometimes, the gloves must be removed in the name of the vote. Thus, as a PR pro, you must be tough, think on your feet, keep an eye on your emotions, and respond cautiously, else you risk leading the party or individual into negative publicity. And hence, it is quite a challenging job.” Deepak concludes.

The success journey of Nimish Keshri, Founder of Skillvertex

The success journey of Nimish Keshri, Founder of Skillvertex