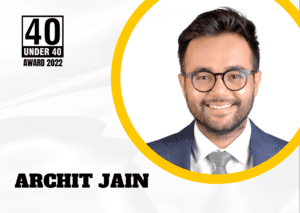 How to pick opportunities on time?

The secret of course is to be aware of the world around us. For Atishay Limited, it was the choice to join a newly minted industry within the national space.

Founded in 1989 by Akhilesh Jain, Atishay Ltd began its journey as an IT services company. Liberalisation was upon the country, and Rajiv Gandhi’s controversial effort to digitize databases, and involve information technology in the development and execution of government plans, was taking shape.

Atishay Ltd had a first mover advantage in a new industry. At this nascent stage of the cyber powered world, the biggest employer in the market was the public sector itself. The company’s first major undertaking was to digitize the map  of Hoshangabad, Madhya Pradesh. Contemporaneously, the Indian government was building a digital database of voter id cards, which created work for the emerging tech based start ups. Atishay was able to grab the opportunity, and they were soon on their way to establishing a prime position in the market, with the beneficial association of the public sector.

3 decades after its inception, the company is jointly run by Akhilesh Jain, the Chairman and Managing Director (CMD) and his son Archit Jain, who is the Whole Time Director. Their efforts have gotten it listed in the Bombay Stock Exchange, and allowed it to expand its operations exponentially.

In the initial days of existence, Atishay limited itself to the tertiary work of digitization. Operators were deployed by them to scan and digitize documents, enter data, and help with the transliteration of information into multiple languages.

Their dependable work ethic and quality meant they were trusted by the government to undertake multiple public sector projects. This collaborative documentation effort led to Atishay being delegated the work of Aadhar enrolment in the year 2010 for multiple different states like Rajasthan, Gujarat, Madhya Pradesh, Uttar Pradesh, and Bihar. This marked a change in the company’s approach.

By this time Archit Jain had joined the company, having finished his education. Atishay was a tech based company, which could not afford to stay behind the times, and with Archit at the board, there was a renewed focus on expanding and automatizing the business.

From the tertiary digitization services, Atishay moved into software development, which has now become their primary product. Soon after this shift, the company made the paradigmatic choice to become a public limited company, and was listed in the Bombay Stock Exchange as an SME. This listing completed their transition into a primarily software development company, with a focus on fintech.

Under Archit’s leadership, Atishay has been developing their software services in tandem with the needs of their clients. Their relationship with the public sector remains trustworthy and fruitful, as the company introduces new innovations into the development of governing aid software.

Conversely, their fintech undertaking Zapurse despite being directed to the common public, especially in remote areas, still maintains the company’s public sector ethos.

As a three decade old company that has consistently been on their toes, taking up new and unique projects to widen their repertoire of functions, it is difficult to pin down Atishay’s comprehensive impact on the country and its digital development. It is evident in their close collaboration with the government, across the shifts in power, that the company has been the author of a significant portion of India’s official digital history.

And while that continues, with Atishay taking up a couple of new projects every year, Archit’s current focus is on their fintech app, Zapurse. A business to business to consumer product, the app authorizes trusted shopkeepers in remote locations with banking functions.

Areas where ATMs and bank branches are in short supply, need to be brought under the purview of the currency circulation system that is enabled by the digitized economy. But there is a need of infrastructure that banks are often unwilling to spend money on. On the other hand, people living in these areas lose time and money trying to access banking facilities.

In response to this dilemma, Atishay has teamed up with local shop keepers in many such locations, who are authorised to provide withdrawal services through Aadhar identification and finger scanning.

Through Zapurse about 28000 shopkeepers across the country are working in tandem with banks to increase the reach of their services. It is a unique connecting tissue between the official infrastructure of the banks, regulated by the RBI, and the social trust between shop owners and their customers. Integrated shop keepers have seen a quick rise in the social hierarchy due to their increased importance, whereas the customers are allowed easy and trustworthy access to financial services.

This endeavour took Archit to small villages across the country, and put him in contact with interesting individuals who have signed up as agents for their platform. And he was impressed by their quick study of the digital medium. In terms of security, he regularly has his network evaluated and certified to ensure no glaring safety loopholes remain, but he also diligently consults his agents who have gathered enough technical knowledge to navigate the treacherous digital terrain.

Currently, he has been focused on implementing vertical integration with services like bill payment, mobile recharge, pan card generation, etc into the app. With its multipurpose utility, Archit is projecting that Atishay will have more than 40000 agents by the end of this year.

The work done under the supervision of Akhilesh and Archit Jain has been instrumental in the government’s effort to spread financial and digital literacy. As an institute, they have the same goal, which is reflected in the kind of products they have launched in the market.

What Archit has done is scale up its operation capacity according to the needs of the age. He implemented the shift of the company from tertiary digital world to software development and maintenance. This subtle but distinct shift in focus has been the catalyst of their growth through the 2010s. But he has remained faithful to the ground level ethos of the company with his socially motivated products.

Archit’s interest in alternate and digital technology, like blockchain and AI, and his ability to convince people of their value, is paving the future of the company, as they look to keep developing the features of the densely packed Zapurse app, and the in house software.

Atishay Ltd. has had an eventful journey across its existence, and are now at the threshold of another paradigm shift with their B2B2C services. From administrative assistance, their work has taken a turn towards socio-financial amalgamation across geographical and class boundaries.

It is an ambitious venture, that perhaps only Atishay is fit to take up.