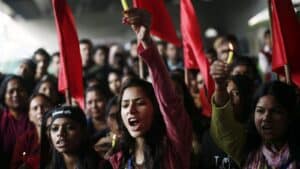 Women empowerment in India cannot be compared with other countries at all. Women were highly respected in the Vedic period. The focus on women’s education has never been absent. The word Sahadharmini was known since Vedic times. Sahadharmini means equal partner. Similarly, it is very clear that in ancient India, women were getting respect, education, and respect in the country.

As time went on Indian culture was heavily influenced by the orthodox Middle Eastern and British culture. As a result, the power and prestige enjoyed by women were lost.

After independence, gradually the lost power of women started getting back. Women are everywhere in India today. Saw the country’s female Prime Minister and President, there are many eminent and great women players like Saina Nehwal and PT Usha in the country, A. Chatterjee or B. I have been blessed with talented women scientists like Vijayalakshmi. Women in India are joining the fighting fleet without any fear and hesitation and are increasing the power of the country.

However, there are many women in India who are still finding it difficult to break free from the clutches of patriarchy – especially in rural and backward areas. It becomes a duty for empowered women to come forward to help these women and urge them to raise their voices, protest, and seek help from the authorities. 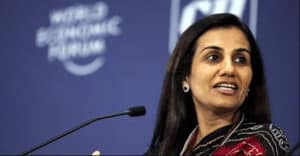 Women empowerment speech – Women are given the highest respect in Indian culture. Many of our gods are feminine and have been worshiped as gods by the faithful. Here the goddess of wealth is Lakshmi Mata, the goddess of power and power is Durga Mata and the goddess of knowledge is Saraswati Mata. Women play an important role in society and mostly 90% of the families in India are dependent on women for their daily activities. Women simultaneously play the role of mother, wife, housewife, cook, teacher, friend, nurse, fulfilling the needs of the body.

Women who work have to fulfill the responsibilities of the job while managing the household and in the family. Women’s lives are very difficult, but they get little or no appreciation at times. There are many women who are very talented and multitaskers but they do not get any recognition in the society.

Women empowerment refers to empowering women to enable them to take decisions for themselves. In the last few years, women have faced the cruelty of men. In previous centuries, they were considered almost non-existent. As if all rights were given to men, even basic rights like voting. As time progressed, women realized their power. This is where the revolution of women’s empowerment started.

Essay on Women Empowerment – Since women were not allowed to make decisions for them, women’s empowerment came like a breath of fresh air. It made them aware of their rights and how they should make their place in society instead of being dependent on one man. It acknowledged the fact that things cannot work in one’s favor simply because of their gender. However, we still have a long way to go when it comes to the reasons we need it.

Need for Women Empowerment in India

Almost every country, however progressive, has a history of abuse of women. In other words, women around the world have been rebellious to reach the position they are today. While western countries are still making progress, third-world countries like India are still lagging behind in women empowerment.

Women empowerment is needed more than ever in India. India is one of the countries which are not a safe country for women. There are many reasons for this. First, women in India are at higher risk of honor killings. His family thinks they have the right to take their lives if they bring shame to the reputation of their heritage.

Moreover, the landscape of education and freedom here is very regressive. Women are not allowed to pursue any higher education, they are married off early. Men still dominate women in some fields as it is the duty of a woman to work endlessly for her. They don’t let them outside and don’t have any kind of freedom.

Moreover, domestic violence is a major problem in India. Men beat and abuse their wives because they think women are their property. This is because women are afraid to speak up. Similarly, women who actually work are paid less than their male counterparts. Paying someone less for the same work because of their gender is downright unfair and sexist. Thus, we see how women’s empowerment is the need of the hour. We need to empower women to speak for their rights themselves and never be a victim of injustice.

How to empower women?

There are many ways to empower women. To do this both individuals and the government must come together. Education should be made compulsory for girls so that women can earn their living by being illiterate.

Most importantly, the shame of divorce and abuse should be thrown out the window. Many women don’t level their bad relationships because of the fear of society. Parents teach their daughters that it’s okay to come home to a divorcee instead of a coffin.

From a CS Professional to the founder of Purosch Needlework know how Gonika Sachdeva catering over the seas in beauty pageants now.