Entrepreneurs Today
Home40Under40Manu Jain has made Access to the Divine that much easier through...
40Under40 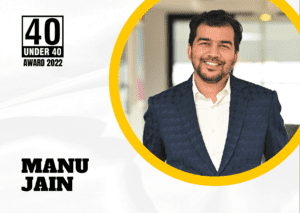 Faith and tech might seem to be of contrasting qualities, but the financial malleability of the neo liberal economy has brought them together. And that is exactly what Manu Jain has capitalised on with his venture, VAMA, a one-stop shop for all your religious and spiritual needs.

Manu’s twenties had been spent gathering experience in the corporate sector as an employee, so when he finally entered the market as an entrepreneur, he had years of managerial experience to back up his ideas.

Faith had opted digital technology as an ally a while ago. The innovation that Manu and his co-founders Himanshu Semwal and Acharya Dev brought to the sector was an aggregate enclosure of all its disparate parts under a unifying umbrella. The focus of the venture, in keeping with the current socio-political climate of the country, is exclusively on the spiritual experience.

The perspicacity of the decision is readily revealed by the unprecedented success and popularity that the VAMA app has found across the country.

Manu’s first business ventures were Carbun8, a B2B portfolio provider, and Unpuzzleit, value added service provided to telecom operators. It is in pursuit of the second start up that he and his friends discovered the popularity of astrology related channels among telecom clients.

The popularity of spiritual television channels has been a constant for years, and Manu decided that it was time for the digital space to take up the mantle. And thus, in 2021, VAMA app was born.

The service began with the congregation of astrologers under a single structure, such that users would easily be able to choose a suitable option for themselves. The idea was to offer spirituality and faith as a service, and it was readily approved by most professionals in the space.

So under VAMA, the users able to talk to the astrologers of their choice, access horoscopes of their star signs, and offer puja at any the registered temples.

In his own words, Prior to VAMA, some devotees used to receive e-puja services via WhatsApp video calls that were not well-organized or followed a strict set of rules and regulations. With VAMA, one can now do any puja of their choice in any of the registered temples with complete transparency and proper guidelines.

The pandemic had severely affected the in-person offering of prayers in temples, as people became afraid to journey out of their homes. This opportunity was quickly usurped by VAMA, and was used to establish a forthright connection across the digital landscape.

VAMA has shown an incredibly fast paced growth rate, having achieved over $1 million in investment within a year of its establishment. 75% of that amount was raised in seed funding this very year, underlining the interest and popularity the app has garnered.

In terms of users as well, VAMA has displayed steady lead generation, with a current tally of over 100,000 active monthly users, who sign in to one of over 300 astrologers registered on it, or offer puja services to, or seeking darshan in one of the 30+ landmark temples they have business partnerships with.

Manu and his associates have become an official bridge between the world of technology and faith, imagining a weirdly cyborgian reality, and are on a mission to make it an established arena of business. Early to the game, they have a distinct pioneering advantage in their genre of existence, and will certainly thrive.

Manu is correct in assuming that VAMA has brought on a radical change in perspective. In retrospect it seems like an obvious idea, using communication technology to ease transactions with the divine. But it took being pointed out directly that allowed the market to identify it.