Ravinder Pandit – Keep your face always toward the sunshine―and shadows will fall behind you. 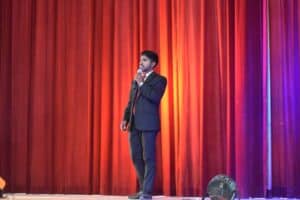 Spare some time to embrace the journey of Mr. Ravinder Pandit. A very dedicated and hardworking person to learn from. He hails from Shimla Himachal Pradesh. He completed his graduation from Center of Excellence college and now pursuing his MBA in international trade. He wants to become a top business person of the country and his education will help him positively. He is a proud son of Mr Mangal Pandit and Mrs. Asha Devi. Ravinder says whatever he is today is the result of hardwork done by his parents. He took guidance from his parents in every decision of his life. His family business is interior designing basically they renovate old houses and give them a new life. He also helps his father in his business.

Being a very bright student in school and in college he got a outsourced job in the secretariat he was enjoying that work. He was assigned a project in college and his team did extremely well in that project. But after sometime he realised that this work is not meant for him because he don’t want to do a supportive work, as he was a born leader. So he decided to quit the job to start something of his own. But before that he went for the roadies auditions (2020). But he didn’t made to final round which was aired on TV. There he encountered various life changing experiences. There he found that thousands of people were standing in que from last night just to get entry in the show. From there he realised that he has to imbibe more knowledge in order to achieve higher goals. There he learnt that how motivation and dedication works when he saw a line of 30 k people just to nominate themself for the show. 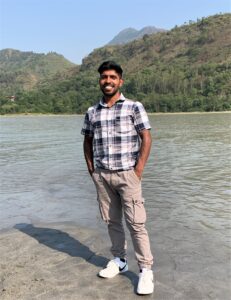 During the covid time Ravinder get some time to work on himself and his skills so he started working out and new ideas started pouring in his mind. As we all know that the covid time was very challenging for everyone same goes with him. Lot of things were going in his mind that time. From there he decided to start his own travel firm named as “The Dream Travel”. It was his flagship project he put a lot of hard work in that. Initially he was a bit hesitant because he is starting a new business without any experience but he took the chance and worked hard day and night to make it successful. And its been more than 6 months his travel firm created a revenue of more than 8 lakh rupees and they are expanding rapidly. They offer unconditional support to their clients. Their aim is to provide best travel experience to people’s at a reasonable price.

Ravinder also tried his luck in network marketing business during his college days. He was in network marketing for 4 years during college and there he got to learn some amazing skills like public speaking, sales and marketing. Initially he was not sure wheather he could do this or not. But after gathering a bit of knowledge and experience from other persons he started focusing on it and by doing hardwork he earned more than 40k rupees from affiliate business but after that he changed his focus towards his travel business. He worked hard there and earned amazing money. They were helping many young entrepreneurs in network marketing to start their own business and achieve their dreams. But now he is again planning to expand his affiliate business to earn more and help every needy person.

He is a firm believer of skill based learning. He believes that only traditional education can’t fullfill our dreams. We must learn some additional skills which will help us in the coming future. He says that time is the greatest teacher it will teach each and every aspect of your. Ravinder wants to share all his learnings with young people’s so he created a comprehensive skill development course to educate the youth about skill development and launching it soon for the betterment of society. He will cover every aspect of entrepreneurship and business development in his course. His goal behind the courses is to provide a level playing field to every person who is devoid of resources.

Now his top priority is to expand “The Dream Travel” and make it a top travel company. He is planning to setup his second office in Chandigarh and soon they will cover the whole country. He also aspires to become a good stock trader and cryptocurrency investor. And soon he is going to restart his affiliate business too. He is making his parents feel proud at every achievement.

Ravinder strongly believes that we can’t blame anyone and our surroundings for our failures. It is us who need to work on ourselves and our skills. As Shri Krishna says don’t hesitate to start after failure because at that time we don’t start from zero we have a experience, which is enough to retrospect the shortcomings earlier.
He believes that god give us equal mind and now it is upto us how we use it for our benifit and for the societal benifits as a whole. He gave an example of failed person with poor mindset who blames everyone for his failure. But a person who has strong mindset will not blame anyone instead he will rectify all the shortcomings which lead to failure and bounce back in future.

Ravinder Pandit is a rising entrepreneur today and he is mentoring many young minds. If you want to connect with him for guidance you can follow him on instagram.