The Biggest Asset Is Knowledge Unlock Your True Potential By Decoding The Process To Reach Success. 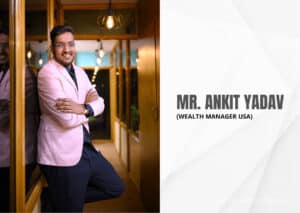 The Prediction Maestroo Of The Stock Market & Economy. The Next Big Bull Of Stock Market?

Sail through a safari roller coaster ride with an iconic wealth manager from the USA, Mr. Ankit Yadav. The ride of struggles to become highest tax payer & prediction master of economy. Let’s decode the life of one of the most successful stock market investors Mr. Ankit Yadav, Wealth Manager (USA).

Mr. Ankit Yadav, Wealth Manager (USA), is an outstanding and successful investor from India, one of the highest tax payers, an educator & entrepreneur, as well as the Founder & Director of Market Maestroo Pvt. Ltd.

After going through so much, you may think he has a silver spoon or the midas touch of success. But he has to face some key ups & downs in his life. An ordinary man’s safari ride became the first personality to introduce the concept of intrinsic value formula to the world. Going through cycles to reach the destinations of the luxury car collections is a challenge.

Lets start an outstanding safari ride through Mr. Ankit’s life, which includes full of inspiration & motivations for all. 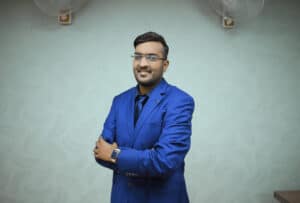 Mr. Ankit Yadav, Wealth Manager (USA), starts his journey from a very small city or less popularly known as “Bhilai”, in the state of Chhattisgarh. Ankit developed immense enthusiasm towards the stock market in his early days by reading books related to the stock market soon. He starts reading annual reports of various businesses. As soon as Ankit turned 18, he started investing in the stock market as a secondary career option. He is unaware that God is writing the script for him.

Initially, Ankit’s stocks fell sharply & he had to face a lot of struggle & criticism from family, friends, etc. It is quite depressing for anyone to have to overcome that kind of embarrassment at such an early stage of their career or at such a young age.

But Ankit keeps following the process & doesn’t liquidate his positions. Instead of cashing out from businesses, he does the opposite of what others do in the market. His stocks soon gain momentum.

After that, Ankit never turns back & shines like a star in the stock market. People start recognising him. To educate others, he thinks the best way to reach others is through “YouTube”, so he started his YouTube channel named “MARKET MAESTROO” & formed a company.

He surprised everyone with his predictions. His predictions so far have never gone wrong, whether it be the market or the economy. Presently, Ankit has over 7 lakh subscribers on his channel & his interviews can be seen around the globe in all the main stream media.

Ankit, a wealth manager (USA), gained high popularity in 2020 when he paid a tax of Rs. 8 lakh in just a single month. The headlines were fired & circulated everywhere in the media.

After few month Ankit again pays the tax of Rs. 14 lakh in a month, which is enough to create a firely buzz in the atmosphere of the stock market. It’s quite clear in the headlines: The Small Town Boy Hits Big In The Stock Market.

Ankit became one of the highest tax payers in his state after that, & now investors are calling him The Big Bull or The Nest Warren Buffett.

Ankit never stops here, he started doing research on the economy & introducing various formulas to reach the final outcome. In the course of this, Ankit decoded the intrinsic value magical formula for the first time in this world. He termed it “intrinsic value” or the MRP of stock & launched the magical formula on his website named “ankitintrinsicvalue.in.”

You can now find the intrinsic value or fair value of any stock by purchasing his curriculum from his website.

Presently, the Wealth Manager is quite famous in the stock market & after his hard work & dedication with rationality, he recognized as the upcoming Big Bull & The Next Warren Buffett by his followers.

The craze of his value investing style is quite famous in the stock market. Also, he is working on a special project to bring down the income inequality issue that is rising across the globe.

He works all hours of the day and night to find a way to close the inequality gap. At such a young age, his success is quite remarkable. This is the safari ride of an iconic wealth manager, a born leader and an inspiration to youth.

Mr. Ankit Yadav is one of the most successful investors and an iconic model wealth manager for the youth.